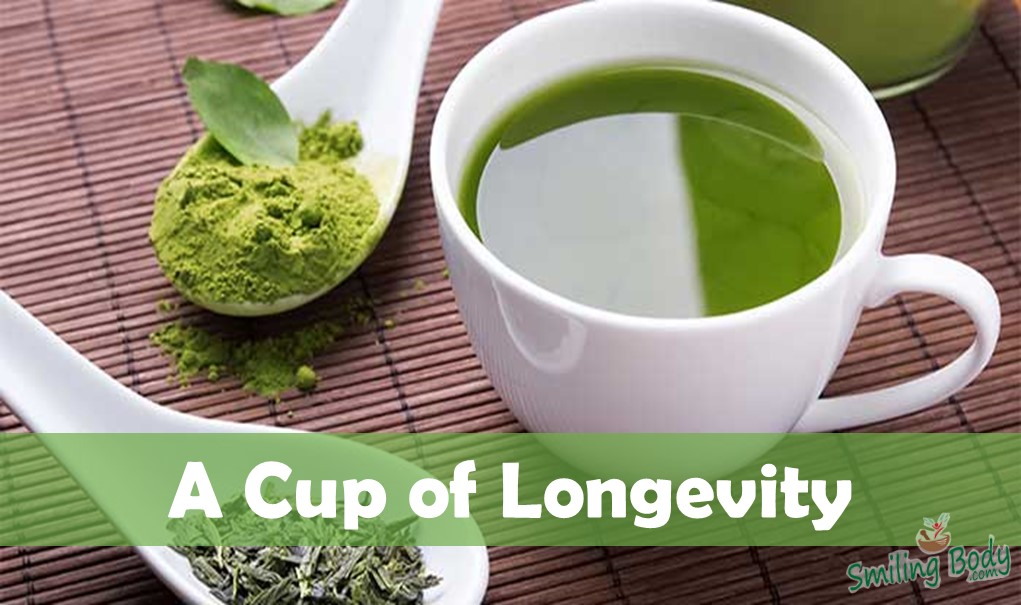 It is said that the ceremonial practice of drinking Chinese green tea can bring the wisdom and spirit of human beings to a higher path.

The legendary Shen nong, a Chinese scientist and doctor who lived 5,000 years ago, greatly influenced the Chinese to drink boiled water for hygiene purposes. One summer day, while resting near a bush, he noticed that some dried leaves from a bush fell into the boiling water and a brown substance was infused into the water. Shen nong, as a curious scientist, was interested in the new liquid, drank some, and found it very refreshing.

Camellia sinensis, a beautiful plant that produces the fragrant and healthy leaves, that go on to become Green tea.

Green tea is the healthiest beverage on the planet.

It is loaded with antioxidants and nutrients that have powerful effects on the body.

This includes improved brain function, fat loss, a lower risk of cancer and many other incredible benefits.

Here are 10 health benefits of green tea that have been confirmed in human research studies.

Many of the bio-active compounds in the tea leaves do make it into the final drink, which contains large amounts of important nutrients.

It is loaded with polyphenols like flavonoids and catechins, which function as powerful antioxidants.

These substances can reduce the formation of free radicals in the body, protecting cells and molecules from damage. These free radicals are known to play a role in aging and all sorts of diseases.

One of the more powerful compounds in green tea is the antioxidant Epigallocatechin Gallate (EGCG), which has been studied to treat various diseases and may be one of the main reasons green tea has such powerful medicinal properties.

Green tea also has small amounts of minerals that are important for health.

That being said, even if you choose a lower quality brand, the benefits still far outweigh any risk.

Bottom Line: Green tea is loaded with bio active compounds that can have various beneficial effects on health.

Green tea does more than just keep you awake, it can also make you smarter.

The key active ingredient is caffeine, which is a known stimulant.

It doesn’t contain as much as coffee, but enough to produce a response without causing the “jittery” effects associated with too much caffeine.

What caffeine does in the brain is to block an inhibitory neurotransmitter called Adenosine. This way, it actually increases the firing of neurons and the concentration of neurotransmitters like dopamine and nor-epinephrine.

Caffeine has been intensively studied before and consistently leads to improvements in various aspects of brain function, including improved mood, vigilance, reaction time and memory.

However… green tea contains more than just caffeine. It also has the amino acid L-theanine, which is able to cross the blood-brain barrier.

L-theanine increases the activity of the inhibitory neurotransmitter GABA, which has anti-anxiety effects. It also increases dopamine and the production of alpha waves in the brain.

Studies show that caffeine and L-theanine can have synergistic effects. The combination of the two is particularly potent at improving brain function.

Because of the L-theanine and the smaller dose of caffeine, green tea can give you a much milder and different kind of “buzz” than coffee.

Many people report having more stable energy and being much more productive when they drink green tea, compared to coffee.

Bottom Line: Green tea contains less caffeine than coffee, but enough to produce an effect. It also contains the amino acid L-theanine, which can work synergistically with caffeine to improve brain function.

If you look at the ingredients list for any fat burning supplement, chances are that green tea will be on there.

This is because green tea has been shown to increase fat burning and boost the metabolic rate, in human controlled trials.

In one study in 10 healthy men, green tea increased energy expenditure by 4%.

Another study showed that fat oxidation was increased by 17%, indicating that green tea may selectively increase the burning of fat.

However, I’d like to point out that some studies on green tea don’t show any increase in metabolism, so the effects may depend on the individual.

Caffeine itself has also been shown to improve physical performance by mobilizing fatty acids from the fat tissues and making them available for use as energy.

In two separate review studies, caffeine has been shown to increase physical performance by 11-12%, on average.

Bottom Line: Green tea has been shown to boost the metabolic rate and increase fat burning in the short term, although not all studies agree.

Cancer is caused by uncontrolled growth of cells. It is one of the world’s leading causes of death.

It is well known that oxidative damage contributes to the development of cancer and that antioxidants can have a protective effect.

Green tea is an excellent source of powerful antioxidants, so it makes perfect sense that it could reduce your risk of cancer, which it appears to do:

Multiple other observational studies show that green tea drinkers are significantly less likely to get various types of cancer.

It is important to keep in mind that it may be a bad idea to put milk in your tea, because it can reduce the antioxidant value.

Bottom Line: Green tea has powerful antioxidants that may protect against cancer. Multiple studies show that green tea drinkers have a lower risk of various types of cancer.

Green Tea May Protect Your Brain in Old Age, Lowering Your Risk of Alzheimer’s and Parkinson’s

Not only can green tea improve brain function in the short term, it may also protect your brain in old age.

Alzheimer’s disease is the most common neuro-degenerative disease in humans and a leading cause of dementia.

Parkinson’s disease is the second most common neuro-degenerative disease and involves the death of dopamine producing neurons in the brain.

Multiple studies show that the catechin compounds in green tea can have various protective effects on neurons in test tubes and animal models, potentially lowering the risk of Alzheimer’s and Parkinson’s.

Bottom Line: The bio active compounds in green tea can have various protective effects on neurons and may reduce the risk of both Alzheimer’s and Parkinson’s, the two most common neuro-degenerative disorders.

Green Tea Can Kill Bacteria, Which Improves Dental Health and Lowers Your Risk of Infection

The catechins in green tea have other biological effects as well.

Some studies show that they can kill bacteria and inhibit viruses like the influenza virus, potentially lowering your risk of infections.

Streptococcus mutans is the primary harmful bacteria in the mouth. It causes plaque formation and is a leading contributor to cavities and tooth decay.

Studies show that the catechins in green tea can inhibit the growth of streptococcus mutans. Green tea consumption is associated with improved dental health and a lower risk of caries.

Another awesome benefit of green tea… multiple studies show that it can reduce bad breath.

Bottom Line: The catechins in green tea may inhibit the growth of bacteria and some viruses. This can lower the risk of infections and lead to improvements in dental health, a lower risk of caries and reduced bad breath.

Green Tea May Lower Your Risk of Type II Diabetes

Type II diabetes is a disease that has reached epidemic proportions in the past few decades and now afflicts about 300 million people worldwide.

This disease involves having elevated blood sugar levels in the context of insulin resistance or an inability to produce insulin.

One study in Japanese individuals found that those who drank the most green tea had a 42% lower risk of developing type II diabetes.

According to a review of 7 studies with a total of 286,701 individuals, green tea drinkers had an 18% lower risk of becoming diabetic.

Bottom Line: Some controlled trials show that green tea can cause mild reductions in blood sugar levels. It may also lower the risk of developing type II diabetes in the long term.

Green Tea May Reduce Your Risk of Cardiovascular Disease

Cardiovascular diseases, including heart disease and stroke, are the biggest causes of death in the world.

Studies show that green tea can improve some of the main risk factors for these diseases.

Green tea also dramatically increases the antioxidant capability of the blood, which protects the LDL cholesterol particles from oxidation, which is one part of the pathway towards heart disease.

Given the beneficial effects on risk factors, it is not surprising to see that green tea drinkers have up to a 31% lower risk of cardiovascular disease.

Bottom Line: Green tea has been shown to lower total and LDL cholesterol, as well as protect the LDL particles from oxidation. Observational studies show that green tea drinkers have a lower risk of cardiovascular disease.

Given that green tea can boost the metabolic rate in the short term, it makes sense that it could help you lose weight.

One of these studies was a randomized controlled trial in 240 men and women that went on for 12 weeks. In this study, the green tea group had significant decreases in body fat percentage, body weight, waist circumference and abdominal fat.

However, some studies don’t show a statistically significant increases in weight loss with green tea, so this needs to be taken with a grain of salt.

Bottom Line: Some studies show that green tea leads to increased weight loss. It is particularly effective at reducing the dangerous abdominal fat.

Of course, we all have to die eventually. That is inevitable.

However, given that green tea drinkers are at a lower risk of cardiovascular disease and cancer, it makes sense that it could help you live longer.

In a study of 40,530 Japanese adults, those who drank the most green tea (5 or more cups per day) were significantly less likely to die during an 11 year period:

Another study in 14,001 elderly Japanese individuals aged 65-84 years found that those who drank the most green tea were 76% less likely to die during the 6 year study period.

If you want to feel better, lose weight and lower your risk of chronic diseases, then you might want to consider making green tea a regular part of your life.

James O’Sullivan - that's me, a people friendly practitioner and lecturer of Integrated Medicine, serving my patients, my students and the public with the positive benefits of both Conventional Western Medicine and Traditional Chinese Medicine. #jamushur Disclaimer: This article is not intended to diagnose or assess. The information provided is not to be considered a substitute for consultation with a qualified health care practitioner.
Please share! Help the word get out. Pin the graphic too.
Categories: Cleanse, Detox, Herbal