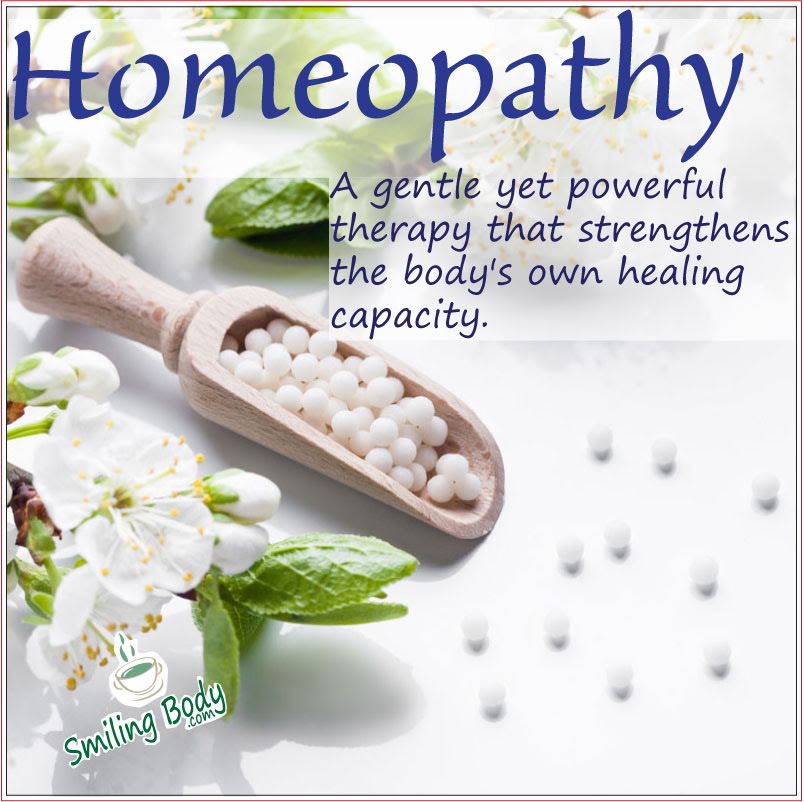 Homeopathy is a medical system based on the belief that the body can cure itself. Smiling Body also incorporate the energies of traditional Chinese herbs formulas, which have been shown over thousands of years to effectively treat a wide variety of health conditions and disharmonies. Practitioners use tiny amounts of natural substances, like herbs, plants and minerals. We believe these stimulate the healing process.

You may have heard of Homeopathy as an complementary medicine, but did you know that, according to the World Health Organization (WHO), over five hundred million people use homeopathy around the world. Did you also know that Homeopathy is established in the national health care systems in England, France and the Netherlands.

It was developed in the late 1700s in Germany. in 1796 by Samuel Hahnemann, based on his doctrine of like cures like “similia similibus curentur”. It’s very common in many European countries and is gaining popular acceptance in the United States because of its gentle safe formulation.
The concept of “like cures like” may have been suggested by Hippocrates around 400 BC, when he prescribed a small dose of mandrake root to treat mania, knowing it produces mania in much larger doses. Similarly, in the 16th century, Paracelsus wrote “similia similibus curantur” (like the subjunctive form later used by Hahnemann), often translated as “what makes a man ill also cures him”.

Does it take a long time for treatment to work?

Essentially no! In acute cases where there is a high fever, the right remedy can bring down the temperature by a degree within 30 minutes. Homeopathy can also be used as first aid to provide quick help in acute problems such as food poisoning, injuries, burns, etc. Smiling Body remedies not only treat conditions but encourage “prevention” at a very low cost. However, if a patient suffers from a chronic problem over a long period of time, it may take longer to regain good health.

Is it safe for infants and pregnant women?
Yes, remedies are completely safe for everyone, including pregnant women and babies. In fact, difficulties during pregnancy and problems experienced by newborns can be treated effectively by Homeopathy without any side effects.

Do not take within 15 minutes of eating or drinking.

How Does It Work?

A basic belief behind homeopathy is “like cures like.” In other words, something that brings on symptoms in a healthy person can, in a very small dose, treat an illness with similar symptoms. This is meant to trigger the body’s natural defenses.
Homeopathic doctors (who also are called “homeopaths”) weaken these ingredients by adding water or alcohol. Then they shake the mixture as part of a process called “potentization.” We believe this step transfers the healing essence. Homeopaths also believe that the lower the dose, the more powerful the medicine. In fact, many of these remedies no longer contain any molecules of the original substance. They come in a variety of forms, like sugar pellets, liquid drops, creams, gels, and tablets.

Our Smiling Body Remedies are formulated into pilules, “little pills” infused with raw herbs in a particular formula.

Adults, elderly and children, one pillule to be sucked under the tongue only when required.
Stop with improvement. Pillules may be dissolved in boiled, then cooled water or crushed before taken.

Keep out of reach of children.

Don’t use homeopathic medicine for life-threatening illnesses, like asthma, cancer, and heart disease, or in emergencies.

Please share! Help the word get out. Pin the graphic too.
Category: General