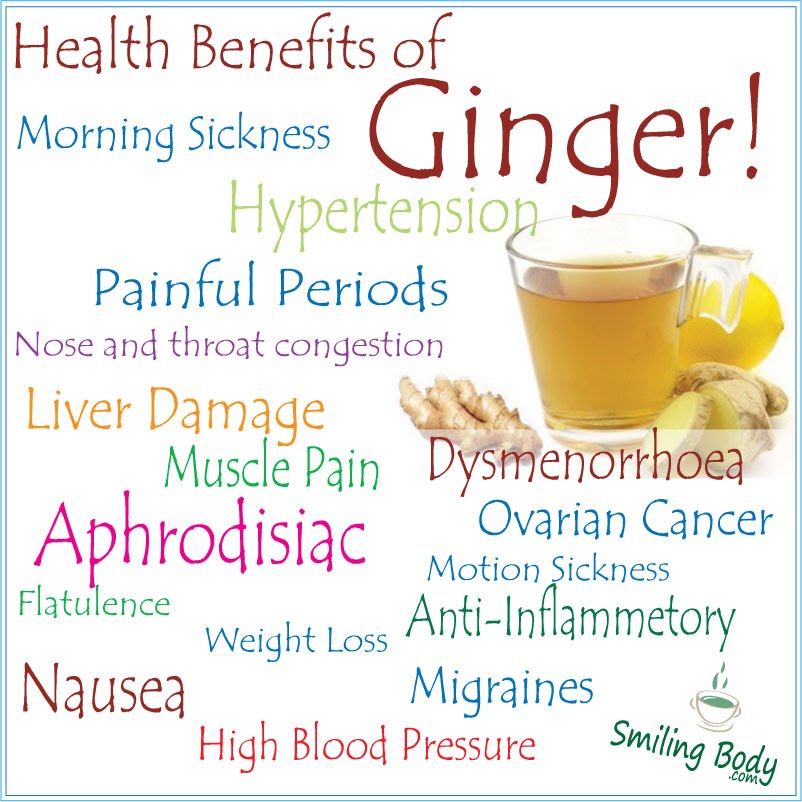 My students would have heard me advocating the benefits of “Ginger Soup” during a cold or flu, especially when it’s at that stage of the itchy throat before it have had time to penetrate deeper into the body. It’s not my recipe but I’m passing on here as so many people have benefited from it.

Ginger is a medical herb used for centuries as a spice and also for its therapeutic qualities. The underground stem, the rhizome, can be used fresh, powdered, dried, or as an oil or juice. Ginger is part of the Zingiberaceae family, as are cardamom, turmeric and galangal.
What are the therapeutic benefits of ginger?
Below are examples of some scientific studies on ginger and its current or potential uses in medical treatment.

Inflammation of the colon or large intestine

Ginger Root Supplement administered to volunteer participants reduced inflammation in the colon within a month. This was the findings of a study carried out at the University of Michigan Medical School. Experts say that inflammation of the colon is a precursor to colon cancer.

Ginger has excellent anti-inflammatory properties and can bring relief to those sore muscles post exercise. Float some ginger essential oil into your bath to help aching muscles and joints. A study by Patrick O’Connor, a professor at University of Georgia published in The Journal of Pain that ginger benefited muscle pain when those muscles were subjected to strenuous exercise.

Dr Julie Ryan, lead researcher at the University of Rochester Medical Center presented a study findings at the American Society of Clinical Oncology meeting in Orlando, Florida, in 2009 that ginger supplements administered alongside anti-vomiting medications can reduce chemotherapy-induced nausea symptoms by 40%. Dr. Ryan said “By taking the ginger prior to chemotherapy treatment, the National Cancer Institute-funded study suggests its earlier absorption into the body may have anti-inflammatory properties.”

Researchers from the University of Michigan Comprehensive Cancer Center found that ovarian cancer cells, when exposed to a solution of ginger powder resulted in their death in every single test as reported at the American Association for Cancer Research annual meeting in Washington D.C., 2006.

Researchers at Columbia University found that certain components of ginger can alleviate symptoms of asthma as reported at the American Thoracic Society International Conference 2013 in Philadelphia, Pennsylvania.

Liver damage is associated with certain popular painkillers such as Acetaminophen or “Tylenol” or “paracetamol”. Researchers from the National Research Centre in Egypt reported “Our results demonstrated that ginger can prevent hepatic injuries, alleviating oxidative stress in a manner comparable to that of vitamin E. Combination therapy of ginger and acetaminophen is recommended especially in cases with hepatic (liver) disorders or when high doses of acetaminophen are required.”

researchers from the Islamic Azad University in Iran found that Ginger can help reduce the symptoms of pain in primary dysmenorrhoea (period pains). The researchers found that the 82.85% of the women taking the ginger capsules reported improvements in pain symptoms compared to 47.05% of those on placebo.

Researchers from VALI-e-ASR Hospital in Iran found that ginger powder is as effective in treating common migraine symptoms as many pain killers that are common for treating migraine.

Poor appetite or Spleen Qi Deficiency (TCM). Eating fresh ginger about one hour before lunch has been shown to improve a poor appetite and help us get those essential nutrients for everyday life. Its also good at helping to reduce flatulence!

Ginger improves the absorption and assimilation of essential nutrients in the body.

Drink some ginger tea to release congestion from these areas and the ginger will also keep you warm during times when there’s a nip in the air. Ginger clears the ‘micro-circulatory channels’ of the body, including the sinuses that tend to flare up at certain times.

In Ayurvedic texts ginger is considered the perfect herb when you want to induce a little zest in the bedroom. Add some ginger root to a bowl of soup to spice up your lovelife.

Side Effects are rare but they need to be mentioned here.

James O’Sullivan - that's me, a people friendly practitioner and lecturer of Integrated Medicine, serving my patients, my students and the public with the positive benefits of both Conventional Western Medicine and Traditional Chinese Medicine. It's a wonderful life Disclaimer: This article is not intended to diagnose or assess. The information provided is not to be considered a substitute for consultation with a qualified health care practitioner.
Please share! Help the word get out. Pin the graphic too.
Category: Nutrition