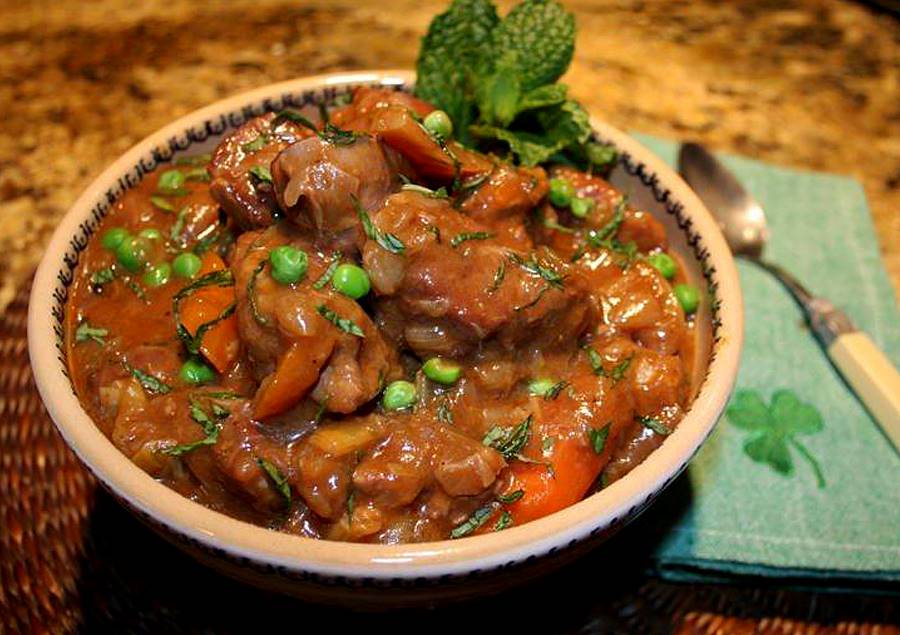 This exceptional warming recipe is based on Traditional Chinese medicine (TCM), which believes that winter, with its cold, damp, and inactivity all Yin characteristics. TCM suggests that in order to live in harmony with nature, we should slow down, stay warm, replenish our energy and conserve our strength during the winter season.

The TCM Kidney is associated with winter. Our Kidneys are considered the source of all Qi (energy) in our bodies, especially the deepest type of Qi called Essence. During the winter it is important to nourish and nurture our Kidney Qi by choosing appropriate foods and preparing them in ways that support the Kidneys.

Lamb is world-renowned, flavoursome, tasty and tender. Traditional Chinese medicine considers that lamb has especially good health promoting properties. It is warm in nature, it invigorates Yang, especially the Kidneys to benefit the Qi and warm blood circulation.

I hope you enjoy all the benefits of this deep nourishing recipe. 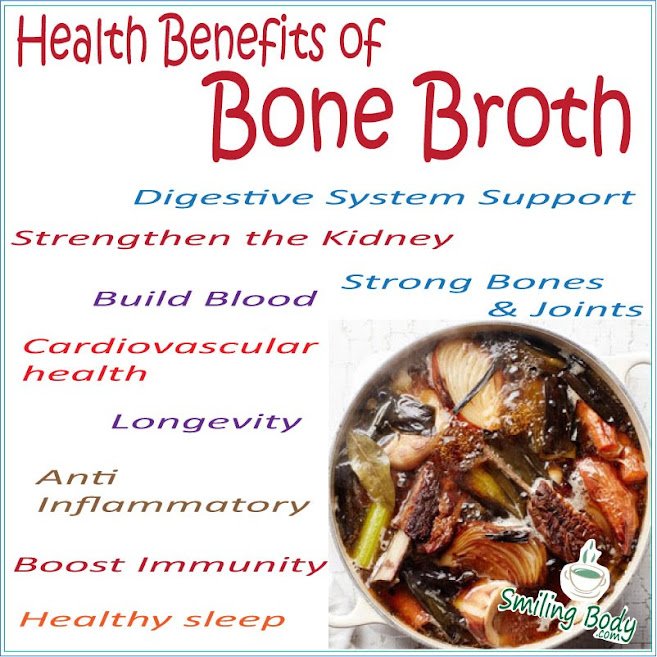 This simple dish is probably one of the most nutritious and energy rich soups you will ever eat. I’m recommending that every house, should have a good old-fashioned reliable stock or broth in the kitchen. Choose only free-range organic meat, bones, vegetables and herbs.
This nutrient rich dish is the perfect boost for modern stress and the affects it can have on our bodies and minds. It will also nourish our constitutions and immune system providing us with that prevention against future ailments and disorders.

Bone broth is crammed with nutritional powerhouses, such as glucosamine, chondroitin, essential minerals and gelatine. Take a look at the ingredients and discover that bone broth is simple and inexpensive to make. The cider vinegar used in this recipe helps to release more minerals from the bones.
The recipe below can be altered to suit whatever leftovers you have in the kitchen. Other broths can be made using whole, raw chicken.

To prepare this wholesome nutritious, chicken broth full of essential nutrients, I recommend a heavy-bottomed stock pot and a fine mesh sieve or cheesecloth. You can use kitchen leftovers and scraps, such as carrot peelings, onion ends, celery leaves and bits of leek, which may have been kept in a large plastic bag in the freezer.

This warming dish Invigorates the Kidney, Strengthens DNA, Supports the Digestive System and Builds Blood. It is perfect in Autumn/Fall/Winter when we are susceptible to cold. Always serve hot and with hot food, but not spicy.

Drink every day for maximum benefits

You may suffer one of more of the above. If in doubt see a practitioner.

Ancient Chinese people were greatly interested in the relationships and patterns that occurred in nature. Instead of studying situations and things in isolation, they viewed the world as a harmonious and holistic entity. In their eyes, no single being or form could exist unless it was seen in relation to its surrounding environment. By simplifying these relationships, they tried to explain complicated phenomena in the universe.

Yang is the energy that is responsible for warming and activating bodily functions. When Yang is in decline or deficient you feel cold and your body begins to slow down, displaying signs of under activity. There are a number of simple methods to tonify Yang.

Foods that benefit Yang, with the greatest tonics in bold:

Foods to avoid. If you are experiencing Yang deficiency then it is important to avoid foods that will further deplete your body’s Yang energy. Cold food and liquids fall into this category. Here ‘cold foods’ refers not only to those directly taken from the fridge but also to raw foods, as these require extra energy for digestion compared to pre-cooked foods. This may mean choosing a pasta salad over a green salad or switching from muesli to oat porridge for breakfast.

It is important to remember that we can change the “nature” of food to warming foods by cooking or warming them. This will preserve their energetic and nutrient value, while increasing their Yang nature, therefore soups, porridge and slow roasted foods show become the dishes of choice for those with a Yang deficiency. The herbs and spices mentioned above are warming and as such in small amounts encourage digestion and circulation throughout the body. While it may seem reasonable to achieve an improved warming effect by using the stronger spices such as black pepper liberally, care needs to be taken as these can be used to excess, inducing sweating which in fact actually has a cooling drying effect on the body.

In general, herbs that tonify Yang are warm and dry in nature.  They can injure Yin and give rise to fire, so they are contraindicated for a person with deficient Yin and excessive fire syndrome.

Incomplete – Come back for more later………..

Balance your energy by eating in harmony with the Yin Yang of the season and this will have a massive effect on your health.

The ancient theory of Yin and Yang, tells us that your Qi, known as the essence of life flows through the body and that half of certain organs and meridians are considered Yin, while the other half are Yang. When Yin and Yang are balanced there is optimum health and vitality however when they are out of balance, disharmony caused he body to experience illness, sometimes vague symptoms, that allow you into work (but only just!) but you also may experience more serious disharmony or disease. We believe that nutritional or dietary choices play a hug part in achieving optimum health.

Each new season is a time of growth, rebirth and new beginnings, and Traditional Chinese Medicine (TCM) says that eating in accordance with the season will help you gain massive reap health benefits.

Lets look at how TCM advises us to eat according to the seasons.

Traditional Chinese Medicine says that Spring is a time of renewal, growth and rebirth. The organs most influenced during this season are the Liver and the Gallbladder, meaning that you should eat a diet that supports these two organs during springtime.

The rational here, is that when the Liver functions effortlessly, physical and emotional activity throughout the body also runs smoothly, which lend itself to optimum health. The liver also is responsible for detoxification within the body, so incorporating foods that support this process is ideal.

Traditional Chinese Medicine says that the summer, where we experience most heat during the year is the season of upmost Yang, and this can quickly lead to imbalances if not treated sensibly. Because of the hot, drying weather, the best foods for summer are cooling, sweet, hydrating and neutral.

Traditional Chinese Medicine says that Autumn is a season of distinct transition from the hot Yang summer to Yin influenced winter. Warming, pungent foods are the best picks and methods like slow-cooking or braising make for delicious meals that will support your emotional and physical health and focus on the Lungs and Large Intestine which are associated with Autumn.

Traditional Chinese Medicine recognizes that winter is associated with increased levels of Yin where rain, cold, snow and ice energy influence the Kidneys and Urinary Bladder. The TCM Kidneys are the root of our deepest constitution, when damaged can be very difficult to bring back into harmony.

So foods that have a warming nature, cooked foods are advised to nourish your Kidneys in Winter.

Have a look at these suggestions and remember to eat according to the seasons, according to local produce and don’t forget to always smile and enjoy the food that nature provides. 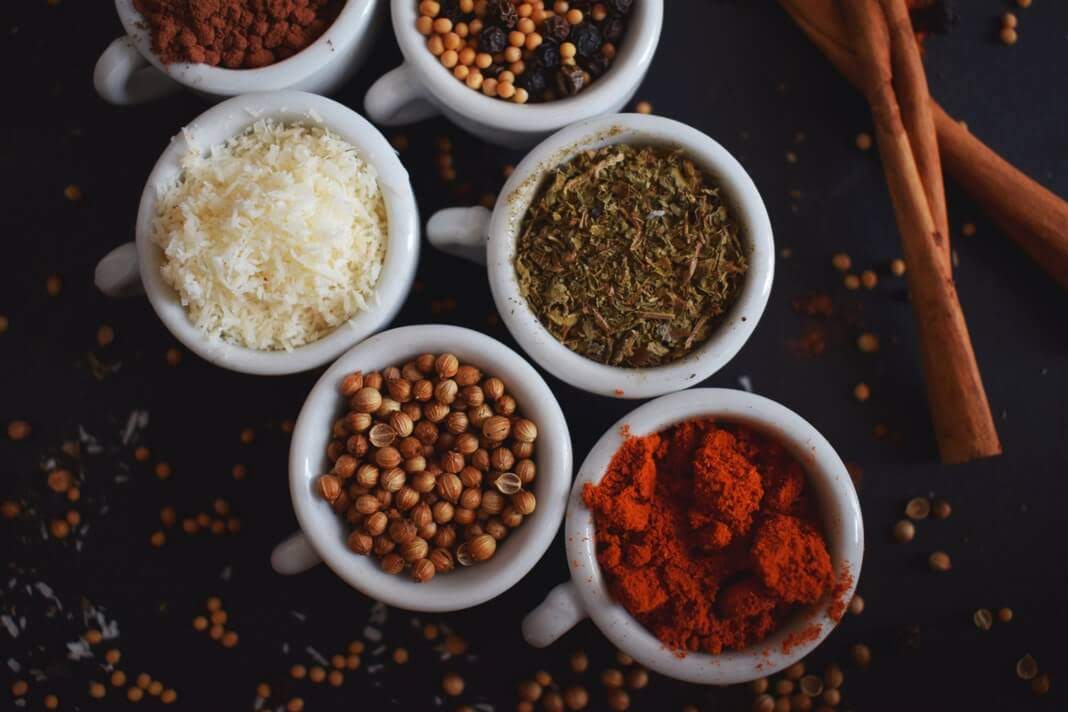 This dish is traditionally prepared to strengthen the body and improve lactation, especially for new mums during the Chinese tradition “Zuo Yue Zi”  indicating the first month after giving birth. During this period, Traditional Chinese Medicine recommends eating warming food (Yang) because the body has lost a lot of Yang energy and blood during delivery. We would also recommend that mothers take a gentle yet powerful tonic remedy called Womans Precious which is based on a famous Chinese herbal formula.

This warming dish is also perfect in Autumn/Fall/Winter when we are susceptible to cold.

How to make it:

You can also add carrot cut into strips and cook it together with the ginger stripes. The taste will result sweeter. Furthermore by stir-frying the carrots beta carotene will be preserved.

Due to its anti-platelet properties, the use of ginger should be controlled in case of risk of haemorrhage, if you are taking anticoagulant drugs or if you experience blood coagulation disorders. Ask your doctor for more information.