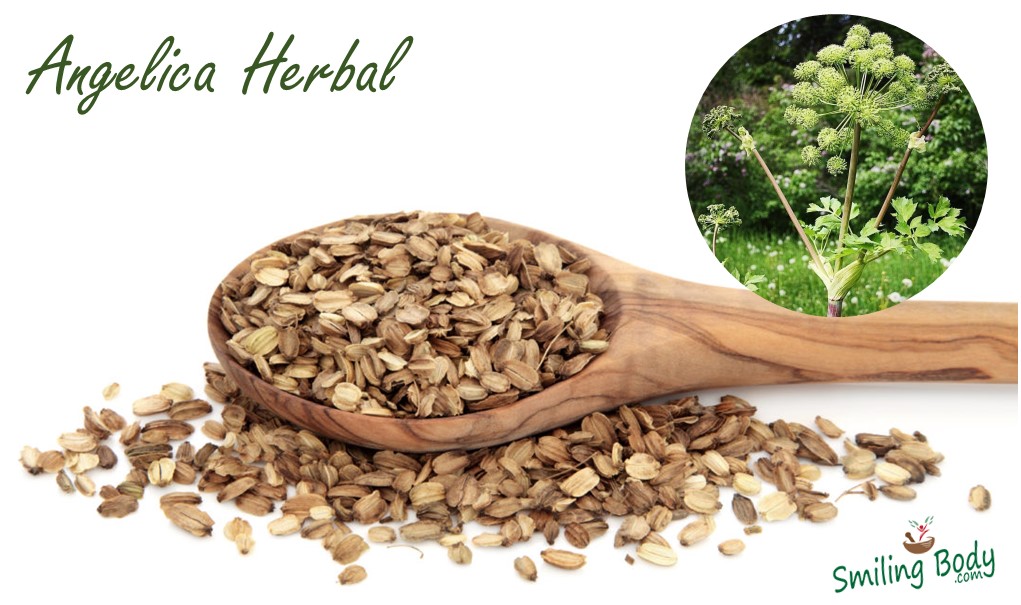 Angelica is closely related to Dong Quai, one of the most respected female tonics in traditional Chinese medicine.

Since very early times, angelica has been viewed as a cure-all, blood purifier, digestive and protector against enchantment and plagues. The Chinese revere it as one of the fundamental herbs aiding female disorders. It is the most highly regarded blood tonic in Asia and is used by both men and women.

Due to their aromatic qualities the Angelicas dried leaves are used in preparing hop bitters and can also be used in gin distillation and have some culinary uses such as jams or omelettes.

The plant itself can be a beautiful decoration of flower beds.

Angelica Root can be used in gin distillation and have some culinary uses. In small quantities, it can also be used as an additive to soups, in particular broth, as a substitute or together with Lovage Leaf. Due to its specific smell, the Angelica Root is also used to flavor cakes, beer, and tinctures. That herb is sometimes added to perfumes and cosmetics.

How To Use Angelica Root

1-3 tsp of Angelica Root pour 1 cup (200 ml) boiling water and leave covered for 10-15 minutes. Then strain, cool and drink twice a day for half a glass in the morning and evening.

Pour 1-3 tsp of Angelica Root into a glass (200 ml) of cold water and boil for around 15 – 20 minutes. After this time strain the decoction, let it cool and drink.

100 g of Angelica Root pour 500 ml of 50-70% strength spirit and let it stand for 14 days. After this time strain the mixture and pour into a bottle. You can add some sugar or honey to improve the taste. Take 2-3 times a day for half a tsp (in total, do not exceed 5 ml in a day).

You can use it also externally.

4 tbsp of Angelica Root pour 2 liters of water and cook covered on very low heat for at least 15 minutes, then strain. Add the prepared decoction to the bath.

An infusion for better sleep

Mix 50 g of Angelica Root with 50 g of Valerian Root. 1 tbsp of these roots mixture pour 1 cup (200 ml) boiling water and brew undercover for 10 minutes, then strain. Drink it warm before the bedtime.

Please share! Help the word get out. Pin the graphic too.
Category: General